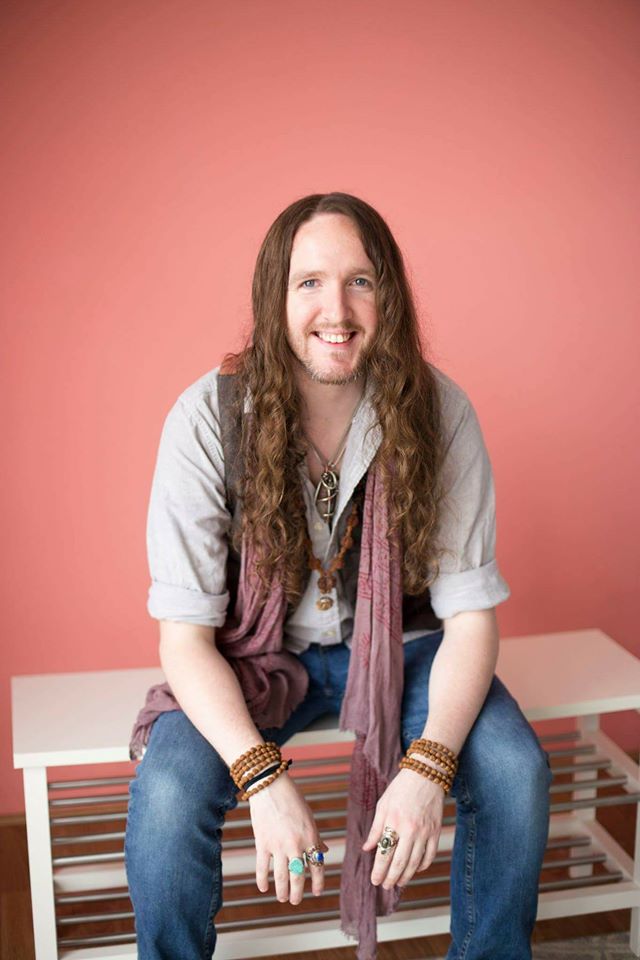 His goal has been to develop an integrative approach to holistic wellness that combines many techniques that optimize effectiveness and heighten the overall experience. This philosophy seeks out the source of potential ailments, developing an interactive method that approaches a person as a whole. This methodology gives way to a system of wellness that has a lasting effect and increases wellbeing long after the appointment or class has ended.

In January of 2017, Shiva became a certified Reiki Master Practitioner and Teacher through Mary Thompson, a highly respected local Senior Reiki Master-Teacher based out of Illuminations in Cedar Rapids, Iowa. Shiva also had an opportunity to seek further study in December of 2017 with Rupa Majmudar, a highly respected Senior Reiki Grandmaster based out of Sivananda Yoga Ashram in Ahmedabad, India. This fulfilled a desire to develop a deeper understanding of the body’s energetic system and how it can be used to interpret imbalances within the body.

In 2011 Shiva began his martial arts journey in Taekwondo with Master Lonnie Matthews and became Co-Owner of his family’s martial arts school Mireu Martial Arts in Coralville, Iowa. Justin is one of the head Master Instructors for Taekwondo and is currently studying Taiji & Hapkido with renowned Taiji Sifu Haiming Chen and world renowned Hapkido Grandmaster Yong Gul Son, who is the President of the United States Black Eagle Hapkido Association.

Shiva has also had opportunities to study with world renowned Taekwondo pioneer and Grandmaster Woojin Jung, who is the President of Taekwondo Times magazine and a personal friend of the late General Choi Hong Hi, the founder of TaeKwon-Do.

Shiva has shared his love of education through various teaching & teaching assistant opportunities throughout the community. He was most involved with a course through the University of Iowa developed by Dede Dancing, a local Massage Therapy practitioner and the owner of Dancing Prairie Massage Therapy College. This course was geared towards assisting University of Iowa Medical students with surface anatomy, palpation techniques and overall interpersonal interaction. This class has proven to be a very effective means towards improving medical understanding, but has also aided in bridging the gap between Massage Therapy and the Western medical profession.

In November of 2017, Shiva took a 6-month sabbatical to study Yoga, Reiki and Vedic philosophy in India. During this time period Shiva lived in various ashrams throughout India, having an opportunity to study under multiple highly respected Indian Gurus. Most notably Justin spent two months studying with world renowned Yoga Guru Swami Adyatmanandji of Sivananda Yoga Ashram in Ahmedabad, India. During this time Justin received a 225 Hour Yoga Teacher Certification through Gujarat University. This time period of living in a spiritual community allowed for him to deepen his own spiritual practices and understanding, so that these ancient teachings may be integrated into every aspect of his life as a teacher, person & holistic healthcare practitioner.

Shiva’s hope is to nurture a greater sense of well-being within the community, raising awareness of each person’s own roles in manifesting wellness for themselves and in interpersonal relationships. He established the Mandala Collective Prairie Center in Coralville, Iowa. He offers individual sessions here, including massage therapy, sound healing, energy healing, and soul guidance sessions. He leads weekly yoga classes at the Prairie Center that are also accessible online. As a collaborative community unified in our mission to nurture a healthier way of life, Shiva believes that we can truly make the world a better place.

You are just one step away…

The New You Awaits!